This post is about two months too late. Apologies to the lovely Christine Bumatay, who wrote a very thoughtful and personal story about her experiences with using skin lightening products. You can read about it here. In addition, you should check out Christine’s piece about tourism, environmental waste, and its impact on local communities in the Philippines. Excellent work, Christine!

This has been the summer of pure blessings! (Sorry. I know that sounds so cliche.) I was recently contacted by Audrey Noble, a contributing writer for Vogue Magazine. She stated that she was writing a story on colorism in Asia and asked for an interview. After a short exchange, I agreed to answer some questions via email… and then time swept under me and I ended up voice recording my responses. Sigh. I’m a terrible respondent. Along with the voice recording, I sent the TFAL episode I was on, as well as a few written responses. Confession: I was super nervous about this piece because Vogue is a pretty big outlet and this is a pretty hefty story. In addition, I’m currently listening to Eliane Welteroth’s More than Enough, which amplified my feelings about Vogue! Anyhoo… I want to extend a HUGE thank you to Audrey Noble for her patience and hard work. You wrote a great piece and I hope this ignites more curiosities about the topic.

After a humdrum July 4th holiday, The Huz and I made our way to the Mission to meet Roman Rimer of Mutiny Radio. Roman hosts a weekly radio show called The Weekly Review. We were introduced by a mutual friend, Shirley F. Rivera, the mastermind behind Anthrocubeology and An Improvised Life. In truth, I wasn’t sure what to expect with this radio appearance. In the end, I had a great time talking to Roman about various topics such as colorism, the beauty industry, Vincent Chin, my love for Duran Duran, and so much more. I come in after the 15-minute mark and we chat for the rest of the show. Enjoy!

A few weeks ago, I had the pleasure of hanging out (virtually) with the incredible team at This Filipino American Life Podcast. I’ve been listening to the podcast on and off for about a year now. Joe Bernardo, one of the hosts, is a friend from college. I knew him as a youngin’ when we were at UC Santa Barbara together. That he is involved with this podcast makes perfect sense. Joe has always been invested in and curious about the various textures of Filipino/American life.

I was so happy to be part of this episode because it allowed me to discuss further, some of the issues that weren’t covered in the Refinery29 story. Since it aired, I have received a tremendous amount of love and support from people who felt connected to the topic. For that, I am very grateful. Again, many thanks to Joe, Elaine, Ryan, and Mike of This Filipino American Life Podcast for the lovely conversation and share.

A few months ago, I was invited to be interviewed by Refinery29, a multi-media news outlet that focuses on stories that concern young women. They run a series called Shady, and were producing an episode on skin lightening products in the Philippines. I was really impressed by the team’s ability to visit and conduct interviews overseas. Their enthusiasm and curiosity was clear throughout the process. While the issue of skin tone hierarchy and discrimination is a vast one, I’m always happy with any interest surrounding it.

The interview process was a little lengthy because the team was juggling budget and location issues. After a little back and forth, we managed to meet in Southern California, where I was interviewed for about two hours. This, on top of the pre-vetting in the very beginning, I spent just under three hours total with the team. I mention this because I have received a number of comments about the feature. Please note that interviewees do not have say over the final story. Also, the feature is meant to function as a simple taste into the larger issue. If anything, this experience really inspired me to go forward the research because there is a lot to say and the Refinery29 story just scratched the surface.

The video is below, and you can find the corresponding story here. Enjoy!

NB: The image was found here.

The internet went crazy this weekend when Dove (you know, that company behind the real beauty campaign) released a gif that features a Black woman transforming into a white woman (who transforms into a presumably Asian? woman). If course, the social media brigade wasn’t having it, and rightfully so. Since the uproar, the ad has since been removed and Dove has issued an apology. You can read the details here.

Confession: I’m never surprised when something like this happens. When you study and consume media as much as I do, it’s a given that people behind advertising and media making are by and large, white (I mean this in a holistic sense). That, coupled with general ignorance about race in this country leads us to moments like this time and time again. Ads like this are not shocking. They’re old news, used to perpetuate and give permission to everyday racist practices. 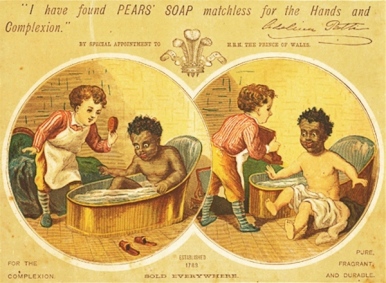 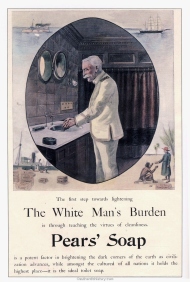 Before you start probing me, let me be clear: (1) We do not live in a post-racial society. Race and racism still matter. (2) Until we fully understand and acknowledge the historical legacies of white supremacy which this country was founded on, we cannot even begin to entertain the idea of a post-racial society. (Yeah. You read that right. These legacies include the genocide of indigenous peoples, enslavement of people from Africa, colonial subjugation of basically every person who comes from places the west has colonized… I could go on, but let’s just start there.) (3) Companies can apologize all they want for the faux pas. For anyone who has worked in media, you know that these images are vetted heavily. That the ad would still make it to distribution illustrates my first two points. (4) We live in a world were capitalism reigns. Bad publicity is still publicity. I wouldn’t be surprised if the release of the ad was intentional, just for the hullaballoo of it all. (5) There is no moral code in a capitalist world. 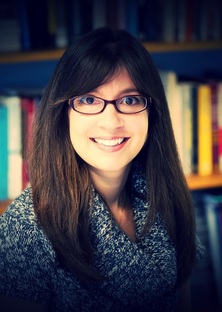 Hello All!
I want to share some exciting news. For those of you who have been looking for materials on colorism and Asian Americans, you have likely run into Is Lighter Better? Skin-Tone Discrimination Among Asian Americans. While Paul, the incredible contributors, and I remain proud of the book, it still stands as one of very few books on the topic.

This is why I am so excited to share Dr. Nikki Khanna’s call for essays for her upcoming anthology, Shades of Prejudice. Please see below for the short announcement and appropriate links! (Yes, kindly share with your networks.)

CALL FOR ESSAYS FOR UPCOMING BOOK
Hi, I am looking for Asian American women (including multiracial women with Asian ancestry!) to contribute essays for an upcoming book with NYU Press on “colorism.” Colorism is found in many Asian American communities and is phenomenon whereby light skin is privileged over dark (see link below for more info on submissions).

I am specifically looking for women to share their personal experiences with colorism – how has your skin shade (whether light, dark, or somewhere in-between!) influenced your life? Essays will be reviewed on a rolling basis until October 31st.

PLEASE help me spread the word by sharing this on your site!!!! I would be very grateful for your help! And if you are Asian American and a woman, please consider submitting an essay!

For more information, go here. If you have any questions, please feel free to email me at nkhanna@uvm.edu 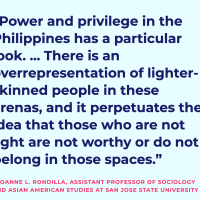 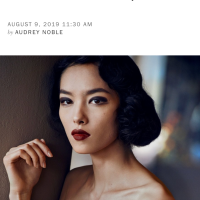 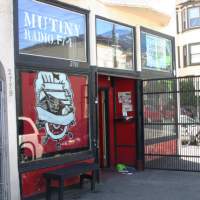 © Joanne L. Rondilla and Skin Memoirs, 2015-present. Unauthorized use and/or duplication of this material without express and written permission from this site’s author and/or owner is strictly prohibited. Excerpts and links may be used, provided that full and clear credit is given to Joanne L. Rondilla and Skin Memoirs with appropriate and specific direction to the original content.

This work is licensed under a Creative Commons Attribution-NonCommercial-NoDerivatives 4.0 International License.

skin memoirs
Create a free website or blog at WordPress.com.